The ‘Middle East/Africa trade flows: Huge opportunities’ panel discussion brought together experts on the African economy to shed light on topics including best opportunities in Sub-Saharan Africa, potential of agribusiness and infrastructure and most favourable investment climate.

“The volume of Trade Finance between the MENA region and Sub-Saharan Africa continues to grow strongly increasing from $13mm in 2005, with the most up to date figure showing $34mm in 2015. This serves to underpin our confidence in the continued strengthening of trade flows between these two important trading blocs,” stated Jamie Simmonds, Chief Executive Officer/Managing Director, The Access Bank UK, during the panel discussion.

The UAE and Saudi Arabia also control almost 53 percent of the total foreign trade of Arab countries in terms of goods and services. Organisations such as the Investment Corporation of Dubai has placed US$ 300 million in Dangote Cement of Nigeria, one of Africa’s fastest expanding companies, while Etihad bought a 40 per cent stake in Air Seychelles. Saudi Telecom Company (STC), holds 75 per cent stake in Cell C, one of South Africa’s telecom operators, while Rani Investment, which is based in the UAE, is one of the key investors in Mozambique’s tourism industry.

According to World Bank data, the UAE is leading the way, serving as a global hub for trade worth $570 billion with Asia, Europe, Africa and the rest of the world. Furthermore, since the start of the millennium Dubai has shown a natural affinity towards exploring growth avenues in Africa. Notably, there are 12,000 African businesses registered with the Dubai Chambers of Commerce. 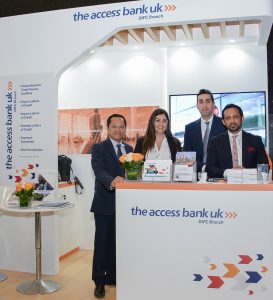 The panel session also addressed how companies can overcome major obstacles such as transparency and logistics while looking to invest in the Sub-Saharan Africa region. Jamie Simmonds presented an example of The Access Bank UK, which was established in 2008 and subsequently set-up operations in the UAE in 2015 to maximise the growing trade relations between the UAE and Africa. “As a licensed branch, we offer complete support to our customers, delivering good relationship-based services and innovative solutions that enable our customers to play a positive role in the trade flows between the MENA region and into Sub-Saharan Africa in particular Nigeria, in a way that gives them a good commercial return. We believe in contributing to that economic growth and global trade, by offering a wide range of services to support business activities across various sectors in the region.”

“Nigeria’s Gross Domestic Product (GDP) was estimated at USD 397.5Bn in 2018, ranking it as the largest in Africa and in the top 35 in the world and it is one of the fastest growing economies with US$ 30 Billion in Oil national reserves. Around 25% of this GDP comes from the agriculture sector which offers substantial opportunities to the MENA region. Moreover, Nigeria is the 7th most populous country in the world with 75% of its population under the age of 30. According to the United Nations, Africa’s population of 1.3 billion at 2019 is expected to double by 2050, with Nigeria’s population estimated to surpass that of the United States of America by reaching 400 Million. This itself shows the significant opportunities in Nigeria, and Africa more widely,” added Jamie Simmonds. 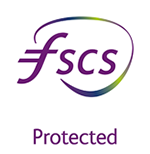